Have you ever asked yourself any of these questions:

Why can’t I adjust, it has been months since I moved here?

What’s wrong with me?

Why am I missing home so much?

Why can’t I cope?

I can’t even concentrate?

At one point in your life, you must have thought: “Everyone goes through it and they seem to do well after a point, why can’t I?”

You know what you are going through is not normal ‘adjustment’ problem, it is something different.

Let’s see this story to get a better insight to what you might be going through:

The story is of Sameer (name changed) a 20 year old student whose complaints were that of being aloof, low, lack of concentration in academics and being aggressive towards his parents. 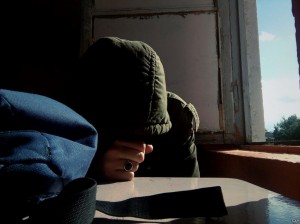 He has been an above average student throughout his schooling which took place in Middle East. His parents had an authoritarian parenting style that is, the parents had a high level of expectation out of him especially his dad, but provided little in the way of feedback and nurturance.

He started showing the symptoms when he moved out to join a liberal arts programme away from home. During the first semester itself, he showed adjustment issues and hardly had friends which made him aloof. The weather too affected his concentration in studies as he missed classes. His father kept a constant check on him as he called him after every 20-25 minutes which further annoyed him.

His physical health also suffered as he caught some viral fever and made him miss home. Half way through the year, he decided to drop college and return home. While at home, his mother reported that he was not happy and had low mood most of the time. The next year, he signed up for a Chemical Engineering Programme and within days he started feeling ‘homesick’ and ‘emotionally unstable’. He felt tired most of the day and wanted to sleep for most part of the day. His eating habits had changed and there was a loss in appetite. Sameer was well dressed and was oriented to time, place and person. He seemed to have a good insight into his problem but seemed very reserved. He was positive about sorting his problems out and going back to finish his education. He has been a shy and timid personality since his adolescent years.

Sameer is not going through a phase where he will eventually learn to adjust but a disorder called “Adjustment disorder”.

To put it simply, when there is a change in your environment such that, it causes you significant stress which further results in emotional and or behavioural symptoms in form of feeling sad, worried, withdrawn etc., then you are going through adjustment disorder.

Stressors in layman language are situations which causes extreme stress and can further trigger symptoms of certain disorders, in this case adjustment disorder. They are not age specific or gender specific. 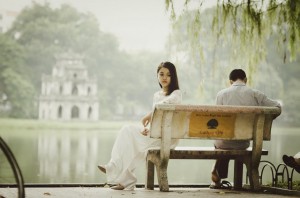 Some of the common stressors are like relationship issues (new marriage etc.); demise of a loved one, moving to a different place, money problems, family issues, sexual problems, unexpected disasters etc.

Symptoms of adjustment disorder are powerful enough to cause affect to your social as well as work life. You will see changes in behaviour like: person is acting rebelliously; is impulsive while taking some major decisions, crying bouts; feelings of sadness and hopelessness surrounds him, withdrawn from people and physical complaints. You will be able to clearly demarcate the difference in behaviour of the person that is, who he was initially and changes due to the stressor.

Going to a therapist will not only help you define your problem clearly but will also give you a clear indication of what is causing you so much stress at the first place?

The therapies that are being used in the Athoz therapeutic Model are all Mindfulness based therapies. For example, in case of Sameer, the therapist started with Mindfulness based Stress Reduction therapy which basically involved ways to reduce the existing stress and/or anxiety and/or depression. Mindfulness based cognitive therapy was also used in order to bring a change in the thought pattern of the person. Past issues were dealt with care and a more meaningful approach to the present was introduced. Small goals were set between him and the therapist, which Sameer had to fulfil with the constant support of the therapist.

Being Mindful helps the person to live in the moment and also makes him let go of the past and worries of the future.