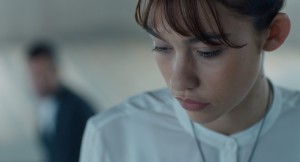 Ever wondered the reason as to why you cannot say ‘no’ or cannot even state what you feel about a particular idea or situation..

Do you fear that people are going to feel angry towards you or feel hurt?

What do you feel you are lacking?

It is not just the confidence that you lack but the overall attitude towards how you should deal with such situation.

Assertiveness is the quality of being self-assured and confident without being aggressive. It is understanding the boundaries of oneself as well as others. 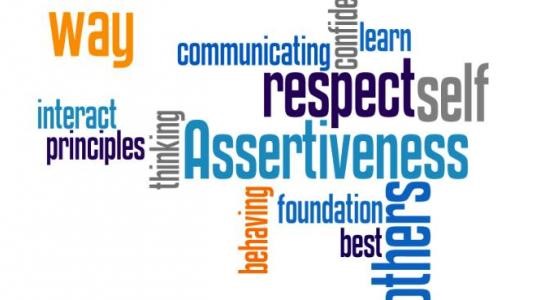 Fulfilment of needs of oneself and others through cooperative measures without feeling the need to be aggressive.

The story is of a 17 year old, young student who is living with her parents and grandmother. She felt she has never been able to put forth her thoughts, feelings or even actions (what she wanted to do) in front of her parents. This made her dependent upon her family for every little task like, she was unable to refuse her grandmother who helped her in baking cookies which she wanted to do on her own. This further made her irritated and frustrated by the scenario and would often yearn for some personal space in her family.

She started fighting with her parents, would often throw angry tantrums and even started to mistrust them. When her parents discussed this behaviour she seemed stubborn and anxious about the same. Her anxiety spilled into her social life as well making her feel inept in social situations.

Then she was put under therapy for a month. It took some time for her to open up but when she did she let out all the pent up frustration and anger. She listed down the issues that she wanted help with and along with the therapist, she set up goals which she would like to achieve based upon her issues.

She was helped with her issues in anger outbursts and was given her family’s perspective of helping her through Acceptance and Commitment Therapy which were a part of athoz therapeutic model.

She was taught techniques to be assertive and given ways in order to feel more independent. This further helped her in dealing with issues that stemmed out of it.

She started showing remarkable improvement and was able to get along with her family. She did not have any anger outbursts, was no more snapping at her folks and did not pick any fights with them. She started undertaking activities on her own accord which made her experience feelings of happiness and contentment. She started working on her self-esteem by setting her own goals with the help of the therapist like going to the gym etc. She was also shown ways to reduce the dissonance between her ideal (what she wants to be) and real (who she really is) self which further helped her in her journey of self-discovery.

This is a success story which gives us some important pointers to be kept in mind before the situation aggravates:

The overall idea of assertiveness is not to go in either extreme that is, being passive or being aggressive. Either way, if you are not assertive you will eventually find yourself in these two domains: 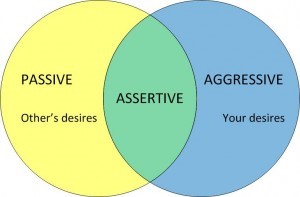 If you are not being assertive, it can be reflected through your actions and behaviour like when you start holding grudges against people, being passive aggressive, problems in existing relationships with family and friends and finding problems in making new balanced relationships to name a few.

Having Assertiveness makes you feel self-confident, increases self-esteem, helps you maintain a healthy and a balanced relationship with others and improve your decision making ability.

Being assertive is not a rocket science. It is just being direct, honest and open about how you feel and what your needs are in that situation. It is ‘being reasonable’ and requesting for change firmly. Stating one’s goals or intentions in an honest and direct manner. 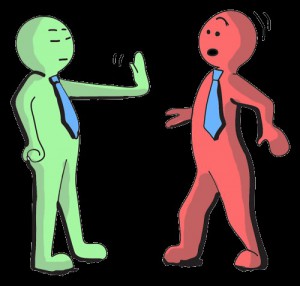 You shouldn’t feel ashamed or apologetic while stating the above. By being respectable and responsible for your own behaviour will further make you feel good about your own self. Being assertive is to:

Mindfulness based technique to be assertive includes three steps called the VAR skill according to the Huffington Post (2017):

What the other person is saying; what is his side of the story; being empathetic to his needs or discomfort that you could impose by asking or not asking for the request. Validation (acknowledging, honoring) is the lubricant for getting the change you desire.

Be direct: say “no” or whatever you want to communicate honestly, directly and behaviourally. Asking specifically decreases the uneasiness of uncertainty in the other, and increases the chances that they will agree to your request.

Continual of the behavioural change that you requested from the person, reinforce them for their agreement. Negotiation and even simply telling them that it means a lot to you would do the trick. If they understood your reasons for refusing their request, a quick thank you for understanding would do.

“Staying silent is like a slow growing cancer to the soul and a trait of a true coward. There is nothing intelligent about not standing up for yourself. You may not win every battle. However, everyone will at least know what you stood for—YOU.”