Why can’t I go and perform like others on the stage?
Why can’t my brain shut up about how I will make a fool out of myself in front of others?
Why can’t I relax?? It’s just a presentation?
I badly need this job but there is a job interview, how will I manage?
I might embarrass myself.

Are these questions relatable?

Do you feel yourself going through the same?

Every wondered what it is and why it happens to you?

Let’s understand this with the help of this story:

He is a 25-year-old, single man who had long-standing, emotional issues that were standing in the way of his ability to attain personal and professional goals. He reported a long history of struggles with anxiety and depression. He reported feeling social anxious and had significant fear of being evaluated negatively. 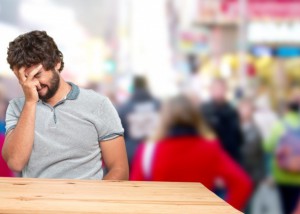 This fear had caused him to avoid important social engagements throughout his life, such as birthday parties or other special occasions, and he often turned down invitations for casual gatherings at bars or at friends’ place because of this, and felt that some of his friends were “giving up” on him. In addition, his fears of being burdensome to others prevented him from asserting himself, which would often cause significant interference. For example, he reported that he wanted to find a job as a music teacher but was unable to do so. He has experienced social anxiety his whole life but it intensified after he was diagnosed with diabetes when he was 9 years old. He felt like a burden on others since the diagnosis. The intensity of the social anxiety has reached its peak as he was unable to find work and his social life was non-existent.

His estimated usage of the bathroom was up to five times each morning before he left for work. In addition he reported that his fear of having an unexpected bowel movement has prevented him from traveling long distances in cars, attending movies or sporting events, or engaging in any activity where quick access to a restroom was not possible. He reported that his greatest fear related to these symptoms was that he would embarrass himself in front of others. He also described significant anxiety and worry about a number of different areas in his life.

Finally, he reported feelings of depression and lack of interest in activities for the past year, since graduating from college. He often has difficulty sleeping at night and reports sleeping too much during the day. He experienced feelings of “heaviness”, lack of energy and has difficulty concentrating on things. He experienced constant feelings of guilt and worthlessness, and has periodic thoughts of suicide, although he reported no plan or intent.

The therapy revolved around increasing present-focused emotion awareness, increasing cognitive flexibility, identifying and preventing patterns of emotion avoidance, increasing awareness and tolerance of emotion-related physical sensations, and interoceptive and situation-based emotion-focused exposure all of which are a part of the therapeutic model at Athoz. The therapy focused on enhancing motivation and readiness for change, as well as providing psychoeducation about the nature of emotions and a framework for understanding emotional experiences.

Towards the end of the therapy, he significantly increased his social interactions and began engaging in activities, such as playing more local concerts, all of which significantly increased his self-confidence and sense of self-worth. He gained control of his suicidal thoughts and no longer engaged in avoidance behaviours related to his symptoms. At the time of termination, he noted that he felt like a completely different person and was noticeably more positive and confident in his presentation.

The story highlights some basic points:

Being fearful is one thing, but being anxious is totally another. Even though they are related but when we say we fear something, there is a concreate object which we refer to but when we talk about anxiety, it is an unpleasant and vague sense of some impending doom where the object is not defined. It is not a result of some specific threat but our perception and vision of what could happen to us.

Social anxiety simply means being fearful of situations where you have to interact with other people in a social setup. It arises due to your own perspective of how people would judge or evaluate you negatively, even when there is no evidence of that happening.

People who are socially anxious have similar interests of having friendship, going out for a movie, talk to people etc. but this anxiety derails them from these said interests. Fear of being judged or doing something embarrassing stops them from fulfilling these small interests.

Any situation which would involve people and interaction with people could trigger anxiety in you. Like for example, talking a new person, speaking in front of a crowd, going on a date, going to clubs or parties etc.

Fearing the situations mentioned above in which you feel that you will be embarrassed or you will be judged; you will humiliate yourself in front of people and/or you will offend someone without any concrete reason of any of the above happening. Physical symptoms include nausea, vomiting, blushing, trembling, sweating, shaky voice, fainting, muscle tension, trouble breathing, palpitation etc. 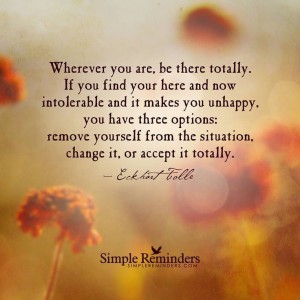 Asking for help is never a bad idea hence, going to a counsellor, therapist or a psychologist would help you to not only deal with it but also overcome the fear. If you feel it has not gone out of hand, then there are simple mindfulness based exercises which could come handy while dealing with the situation.

“Mindfulness is paying attention on purpose, without trying to get to some goal or escape anything,” explains Steve Flowers, the author of The Mindful Path through Shyness.

There are ways to cope with social anxiety (“Treating Social Anxiety With Meditation and Mindfulness Training | World of Psychology”, 2017) which are:

Finish each day and be done with it. You have done what you could; some blunders and absurdities have crept in; forget them as soon as you can. Tomorrow is a new day; you shall begin it serenely and with too high a spirit to be encumbered with your old nonsense.