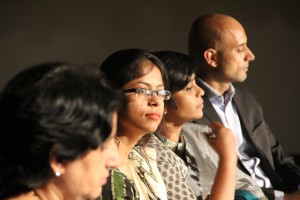 With an alarming prevalence rate, it seems essential to make children as well the caregivers aware of the early signs of depression, so that intervention becomes much easier.

Keeping the present day concerns in mind, the Psychology Assocation of Jyoti Nivas College organized a conference, “Youth and Dysphoria: Challenges of Depression in Everyday Life” on 17th January, 2017. The main objectives of were:

Ms Srijita Gupta, Clinical Psychologist, on behalf of The Mind Research Foundation was invited to present in the panel discussion along with Psychiatrist, Dr Shyam Bhatt and Journalist, Ms Juliana Lazarus, which was moderated by Dr Sudha Bhogle. 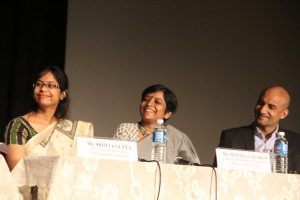 Following the presentations, questions on the role of self- help groups, effectiveness of the media and such other topics were brought about by the audience, which were addressed by the panelists.

Dr. Shyam Bhatt presented on the importance of work balance and lifestyle in depression. Ms Juliana Lazarus gave a brief idea about the role of media in depression, along with some case studies, which were quiet interesting. Ms Srijita Gupta discussed about the role of therapeutic measures and interventions in management of depression, highlighting on the role of cognitive behavior therapy and how mindfulness based techniques can be effectively used. 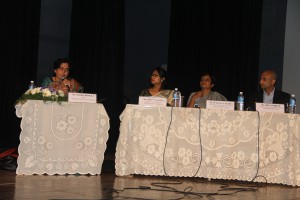